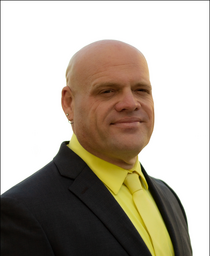 I have been approached recently by several attorneys asking if their client can transfer their Individual SNT (d)(4)(A) into a Pooled SNT (d)(4)(C).  In some cases, it is because the beneficiary has moved out of state and the attorney who drafted the trust is the trustee and they no longer wish to be involved. In other cases, the trust was established with a million dollars, but now has only $100,000 and the corporate trustee’s minimum fees are no longer justified.  In another situation, the last named family member trustee does not want to serve and the corpus is below the bank’s minimum.  Finally, others have decided later that they would like any remainder to go to a non-profit organization that has established a trust years after the original SNT was drafted.

POM SI 01120.199F Early Termination Provisions and Trusts states that in order for an SNT to be terminated early, it must meet specific requirements. (1) The State(s), as primary assignee, would receive an amount equal to the total amount of medical assistance paid on behalf of the individual under the State Medicaid plan(s); (2) Other than payment for taxes due from the trust to the State(s) or Federal government due to the termination of the trusts and reasonable fees and administrative expenses associated with the termination of the trust, no entity other than the trust beneficiary may benefit from the early termination; and (3) The early termination clause gives the power to terminate to someone other than the trust beneficiary.  The most common argument is that a transfer of a individual SNT to a pooled SNT is not a termination at all.  The argument seems logical, but we all know that the law rarely has room for logic.

What does this really mean? It means that if you include a provision allowing the transfer of the individual SNT into a pooled SNT without complying with SI 01120.199F, your trust may not be approved and the corpus could be considered an available resource. Trusts that are reviewed during an annual review will likely be determined to be invalid. In the later case, at least the trust can be amended during the 90 day amendment period as per SI 01120.199A(2).

What if you still have the same problems as above, but cannot just transfer the trust? What can be done? First, if the trust beneficiary has not incurred a lot of medical assistance under a State Medicaid plan, you can terminate the trust early, pay the state and distribute the funds to the trust beneficiary. The beneficiary can then establish a new pooled SNT.  Beware if your client is over age 64 and you are in a state that imposes a transfer penalty.  If that is not possible, perhaps a pooled trust provider would be willing to act as trustee for your individual SNT. Not all pooled trust providers will act as trustee for individual SNTs and administration fees may be higher than for a pooled trust.

Now, for that new client that walks through the door, what are you going to do? I would recommend taking another hard look at using a pooled trust. Many organizations that operate pooled trusts, operate them in many states. If you pick a state specific pooled trust, just make sure they include language allowing your client to transfer to another pooled trust. New funds can be deposited into a client’s pooled trust account after age 64, as long as your state allows. Pooled trust providers often administer trusts worth millions of dollars and will take care of your client’s trust even if the client’s funds are spent down.  Lastly, remember, not all pooled trust organizations require the retention of corpus upon death. If one does, just ask around and you will probably find one that will work for you and your client.